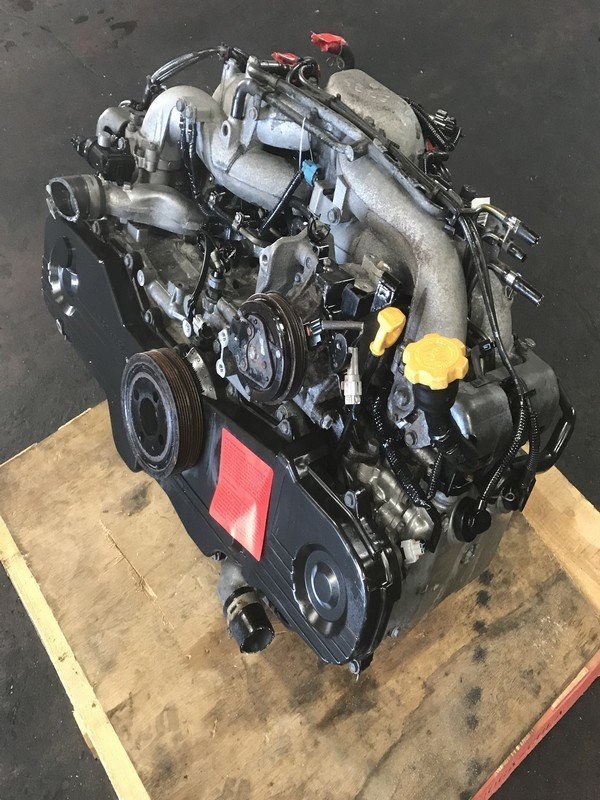 However, the engine code should match the engine donor. That is if you are getting a B16 and putting it into an OBDII chassis, then make sure to go for a full OBDII conversion.

What are JDM Engines for Sale Options?

When it comes to choosing the right engines, you cannot go wrong with the 90s cars. This decade is the golden era for JDM vehicles. Cars in this country will have a yearly average of 5,800 miles. That is quite low compared to the 7,9000 miles average in the UK.

If you wish to get hold of a 90s car made in Japan, then consider these JDM cars:

Built in the 1990s, this car has an engine displacement of 1.3L with twin-turbo. It has a power output of between 252 and 276 bhp. It is the third generation of the RX7. It is a front-engine rear-wheel-drive that attracted car enthusiasts because of its powerful performance and overall design.

This car is notable for its lightweight construction. It also comes with unique twin turbochargers. The car can accelerate from 0 to 62 mph within 5.9 seconds. Its top speed can reach 155mph.

Many car enthusiasts are looking for this type of engine because its engine size is below 1.5L. The reason for this is that it makes the yearly road tax more affordable while giving you more power.

It was built in 1993. The production stopped in 2002. Its engine displacement is 3L with a power output of up to 326 bhp. This generation is the fourth in the Supra lineup. The design was a departure from the 1980s counterpart.

This car was built to emphasize performance. It also featured a twin-turbocharged engine. With the turbo engine, it can enhance torque. Many car swappers are looking for this model. Because of its popularity, it has been frequently featured in various video games and movies, like the Fast and the Furious films.

Its engine displacement is 2L with a power output of 276 bhp. It is a sports car and a rival of Subaru Impreza. It has a turbocharged engine with a five-speed manual gearbox.

In Japan, this car was limited in supply. Thus, it became a significant JDM car.

Of course, there are other various JDM engines that can purchase from Sochin Trading. The engines are perfect if you are looking for drift cars.

At Sochin Trade Corporation, we offer six months unlimited mile warranty on the engines. For transmissions, we offer three months warranty. Our company is a direct importer of JDM engines from our warehouse in Japan. To protect the engines from rust, we apply Noxudol 700, which his a rust protection substance. For more information on our JDM engines for sale and want to take advantage of our free delivery, please contact (800) 543-2476.