Many people enjoy their vehicles without putting much thought into it. If you are looking for JDM in Los Angeles, then you are not one of those people. You probably enjoy your Japanese vehicle as is but know that it has an unmet potential. Let’s go over how that potential can be met with the help of the Soshin Trade Corporation.

JDM stands for Japanese Domestic Market, which refers to the cars and parts made specifically for the Japanese market. A lot of Japanese vehicles sold in the United States, such as Hondas or Acuras, have parts specifically designed for the American market. Many of these parts are considered by enthusiasts to be inferior to those of the Japanese domestic market, which is why many of them opt in favor of importing JDM parts for their vehicles. This way, they can enhance the performance of their vehicles in a way that truly lives up to the cars’ potential. Finding these parts in the United States isn’t always convenient, which is why we at STC Engines have JDM in Los Angeles. 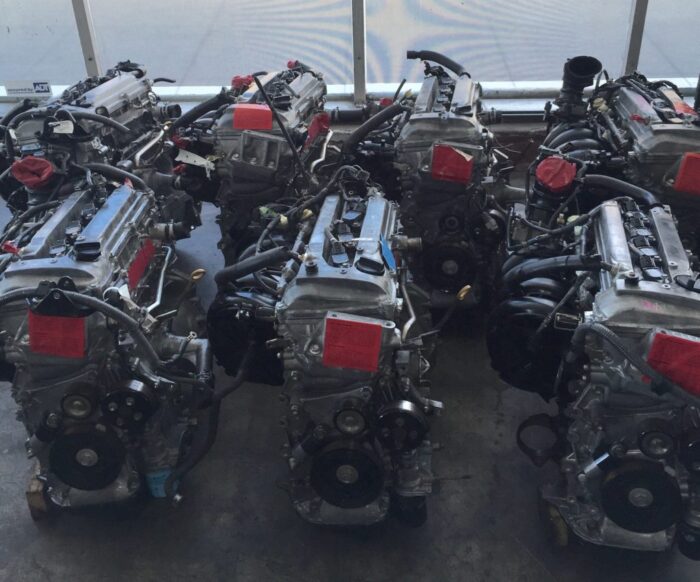 The Possibilities of JDM Parts

Most enthusiasts agree that the parts built for the original vehicles tend to deliver a better performance than those specifically developed for the American market. The argument goes beyond a simplistic “the original is better” approach. This is definitely a part of the concept, but it’s a lot more than that. When you have a vehicle that was designed one specific way but it’s running with parts made as more of an afterthought, the performance is bound to be affected. Will anyone notice this? Not necessarily. However, if you are already looking for JDM in Los Angeles, it’s likely that you are already aware of the potential improvement of your vehicles.

Pieces from the Japanese Domestic Market are not exactly the easiest to find outside of Japan and other countries that don’t implement the original parts. This is especially complicated when it comes to factoring in the potential costs of importing these pieces. After all, we are not exactly talking about tiny things that need to be shipped across the Pacific. No, if you are looking for JDM in Los Angeles, you are talking about engines and transmissions. That’s what we at the Soshin Trade Corporation can help you with. If you are looking for parts from the Japanese domestic market here in Los Angeles, or in the United States, you can browse our website and find the right parts for you.